Chola coin one of…

Chola coin one of the most collectible coin

Coins of the Chola Empire have their origins in Indian mythology.

One of the most Collectible south ancient coins. 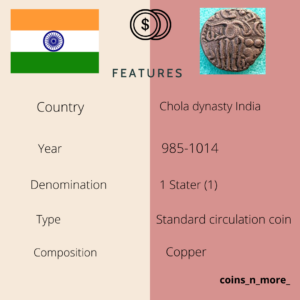 Chola coin Empire has its origins in Indian mythology. This is an ancient dynasty of southern India and they ruled this part of India for centuries. It has been found from the historical excavations that the Chola kings used to issue coins during their reigning period and some of them represent the socio-cultural scenario of the then society.